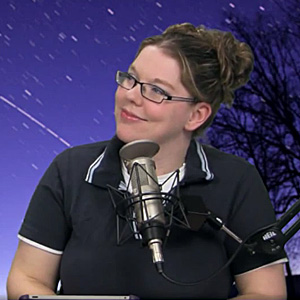 Angela Fisher is the host of the FauxShow, a show that "is not a real show, it's a social experience". The FauxShow used to air on Wednesdays, but moved to Thursdays in early 2013.

Angela has also appeared as a main co-host on two episodes of Jupiter@Nite and has made cameo appearances on In Depth Look.

Angela also writes about her experiences and product reviews related to motherhood on her blog, MomVault.

Retrieved from "https://jupiterbroadcasting.fandom.com/wiki/Angela_Fisher?oldid=4267"
Community content is available under CC-BY-SA unless otherwise noted.