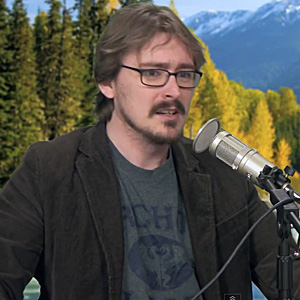 "All this week... on the Linux Action Shooooow!!!"

Bryan hosted the Linux Action Show with Chris except for a time in season 19 he went on his sabbatical.

Bryan's last appearance on the network was Season 22 Episode 8 of the Linux Action show, after which he retired from podcasting for the network permanently.

Previously, Bryan has also been a host of Beer is Tasty, CastaBlasta, STOked and Bryan Lunduke's Jupiter Files. He has also made guest host appearances on Jupiter@Nite.

Retrieved from "https://jupiterbroadcasting.fandom.com/wiki/Bryan_Lunduke?oldid=4519"
Community content is available under CC-BY-SA unless otherwise noted.