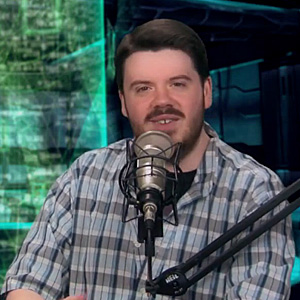 Chris Fisher is the founder of Jupiter Broadcasting. He was married to Angela and is the father of Dylan and Abby.

Chris is involved in all of the shows on Jupiter Broadcasting, either as a host or in a technical role (setting up shots, editing, etc.)

He appears as either a host or co-host on all of the shows except for TechSNAP and BSD Now.

Retrieved from "https://jupiterbroadcasting.fandom.com/wiki/Chris_Fisher?oldid=4606"
Community content is available under CC-BY-SA unless otherwise noted.