"The FauxShow isn't a real show - it's a social experience!"

The show is hosted by Angela Fisher and Chris Fisher. 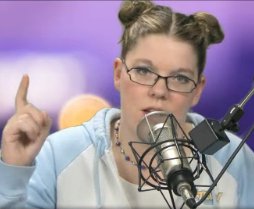 The FauxShow started airing at the end of August 2010 originally as a twice weekly show following Jupiter@Nite on Mondays and Wednesdays, and then eventually transitioning to Wednesdays only. Angela originally hosted the show solo, but then Jeremy became a regular co-host as he stayed on the livestream after recording Jupiter@Nite and lingering after the recording of the FauxShow doing "after parties" for live viewers.

In the early run, episodes airing in the last week of the month were reserved for a Highlights special, where users submitted justin.tv highlight clips of funny moments captured on the livestream that did not make it into recorded shows.

Retrieved from "https://jupiterbroadcasting.fandom.com/wiki/FauxShow?oldid=4521"
Community content is available under CC-BY-SA unless otherwise noted.