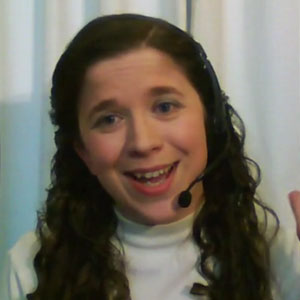 All your base are belong to Mars.

Heather is Jupiter Broadcasting's science expert. She currently appears via Skype as the host of SciByte with Chris.

For Jupiter@Nite, Heather was a guest host on Space Wednesdays, special themed episodes which focused on space science and technology. She has also appeared on the farewell to Smallville special of Jupiter@Nite in a non-scientific capacity. Several of the episode intros of Jupiter@Nite have also been provided by Heather.

On March 28th 2012 Heather began to co-host TORked along side Chris And Nikki.

Heather was a natural choice to be one of the co-hosts for TORked given her long standing love for the StarWars IP.

Retrieved from "https://jupiterbroadcasting.fandom.com/wiki/Heather?oldid=4450"
Community content is available under CC-BY-SA unless otherwise noted.